GameFi.org and SecuriChain Form Official Partnership to Enhance Cybersecurity for the GameFi Ecosystem

The matter of cybersecurity has attracted lots of attention recently due to continuous cyberattacks against blockchain projects that led to significant damage. With a view to ensuring GameFi.org’s users an all-inclusive yet safe experience, GameFi.org and SecuriChain from Icetea Labs will work together on enhancing the cybersecurity of the GameFi.org ecosystem. 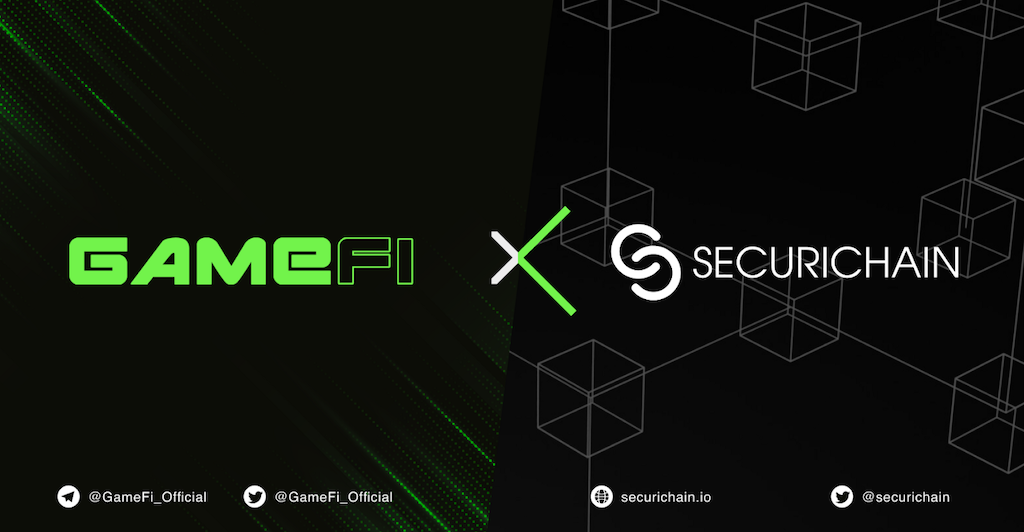 With the rapid growth of NFT gaming projects and gamefi trend, 2021 witnessed an unprecedented number of cyberattacks on blockchain projects. By the end of 2021, six of the ten most notorious cyberattacks on blockchain projects ever had caused over 1.4 million USD in damage. Furthermore, four of the eight notable assaults against blockchain projects reported in December 2021 stemmed from vulnerabilities in smart contracts. The others resulted from common software errors, software development failures, operational processes, or operational management negligence. These real-world case studies demonstrate the critical need to pay extra attention to information security for blockchain initiatives, including blockchain and non-blockchain structures.

Since its inception, GameFi.org has positioned itself as a comprehensive ecosystem for games applying blockchain technology and a community of over 800,000 members across platforms. Within six months of its launch, GameFi.org successfully conducted initial token sales for forty-four projects exceeding $5.27 million USD while simultaneously establishing a central game database which is continually updated and an expanding network of partner studios in its ecosystem. In other words, GameFi.org’s security must always be a key priority.

“Human beings are always the weakest link in any cybersecurity system. As we are well aware of this matter, GameFi.org’s whole crew always prioritizes users’ security and privacy”, said Mr. Hai Duong, CTO of GameFi.org, “Along with that, GameFi.org also has worked together with experts in the cybersecurity industry to consult and examine our system’s security. In addition, GameFi.org’s smart contracts have been thoroughly audited by our trusted partners Hacken.io and SecuriChain.”

Since the beginning of 2022, GameFi.org has allied with SecuriChain, a cybersecurity team from the Icetea Labs ecosystem, to continually maintain and enhance the system, assuring the security of all GameFi.org’s products and game partners. SecuriChain’s services include audits of smart contracts on major protocols, vulnerability scans of wallets and dapps, penetration testing, and 24/7 managed services for blockchain businesses.

Mr. Duc Nguyen, CEO and Founder of SecuriChain, has developed a team of security researchers, pen testers, incident responders, and auditors who are knowledgeable in intrusion prevention and capable experts in the cybersecurity industry. With a professional team behind, SecuriChain has successfully detected several security vulnerabilities and participated in clearing up the consequences for prominent vendors such as Microsoft, Apple, Adobe, Paypal, McAfee, Sony, and Checkpoint. Backed by Icetea Labs and CyRadar, SecuriChain’s primary objective is to establish itself as a trusted blockchain partner in the cybersecurity industry by supporting vendors in correcting security vulnerabilities.

By collaborating with SecuriChain, GameFi.org aims to broaden the ecosystem of products and services available to the community and game projects, including a launchpad, aggregator, marketplace, earn and save, game portal, game pass, game guild, and tournament. Both parties are committed to fostering an open and secure environment for game developers, players, and investors. Since April 2022, all IGO projects on GameFi.org will have their smart contracts audited by SecuriChain(*) and experience other applicable security services.

SecuriChain is a team of Security Researchers, Pentesters, Incident Responders, and Auditors. The team has found multiple vulnerabilities for big vendors such as Microsoft, Apple, Adobe, Paypal, McAfee, Sony, Checkpoint…

GameFi.org is an all-encompassing hub for game finance. Its ecosystem features Aggregator, Launchpad, Marketplace, Yield Guilds, Metaverse, and Feature G. GameFi.org was created to work out problems that most game studios have encountered and discovered effective ways in developing a platform that builds relationships with game players, token holders, and traders all in one place.