Last April witnessed a historic collaboration between OSAM, the first AWS Well-architected partners in Vietnam and SecuriChain, a rising star in blockchain audit. This alliance marks a giant leap towards a secure future for blockchain companies using AWS cloud services.

The past few years were banner years of cryptocurrency, NFT, play-to-earn game and blockchain technology in general, especially in Viet Nam. Along with that, cyber-attacks surged and threatened unprotected digital assets. Both parties hope that their handshake will provide all blockchain firms moving to cloud with the best experience and safeguard.

OSAM is a top company in Asia that specializes in consulting and providing AWS cloud services. They are delighted to help customers leverage the capabilities of cloud computing and access to the world of speed, agility and reliability. OSAM’s key services include: Cloud advisory services, cloud migration, cloud optimization, cloud managed services and AWS billing services.

Backed by Icetea Labs and CyRadar, SecuriChain is a pioneer in blockchain audit services on premise, cloud, and hybrid.  SecuriChain is a team of highly experienced security researchers, pentesters, incident responders, auditors specializing in cybersecurity industry in SEA, who are recognized in Hall of Fame of big vendors across the world.  With a vision of being a leading blockchain company and a long-run partner for blockchain projects, SecuriChain CEO, Mr Minh Duc Nguyen highly appreciated this collaborative opportunity.

The burgeoning and booming demand

A report from Binance.com stated: "2021 was a year for the record books in the crypto markets and for blockchain.  At its peak in November 2021, total cryptocurrency market capitalization reached close to $3 trillion USD.  It is hard to imagine that just two months later, the market cap plummeted 40%, wiping out more than $1.2 trillion USD in the process. Vietnam is not an exemption. In the pathway of digitalization, cloud computing plays a vital role and serves as a stable background for blockchain ecosystem to grow incredibly and unimaginably.

However, when it comes to security perspectives, despite the high level of security that blockchain systems provide for the data recorded on them, some key cybersecurity risks remain. Cybercriminals have already targeted many blockchain implementations using social engineering and exploits. Plus, with fast-paced development, many blockchain projects have disregarded software development’s fundamental safety and security standards. SecuriChain has found a myriad of vulnerabilities in smart contracts, Dapps, wallet and protocols by auditing their clients.

“Transformation followed by data, system, property as well as fame is put in jeopardy, particularly in the blockchain world. Hence, more extensive and advanced levels of cyber security solutions are required to be approached and implemented to ease our valued customers. Via our partnership with SecuriChain, we are more confident in offering safer and more comprehensive services.” - said Mr Vu Minh Duong – Co-founder and Business Director of OSAM 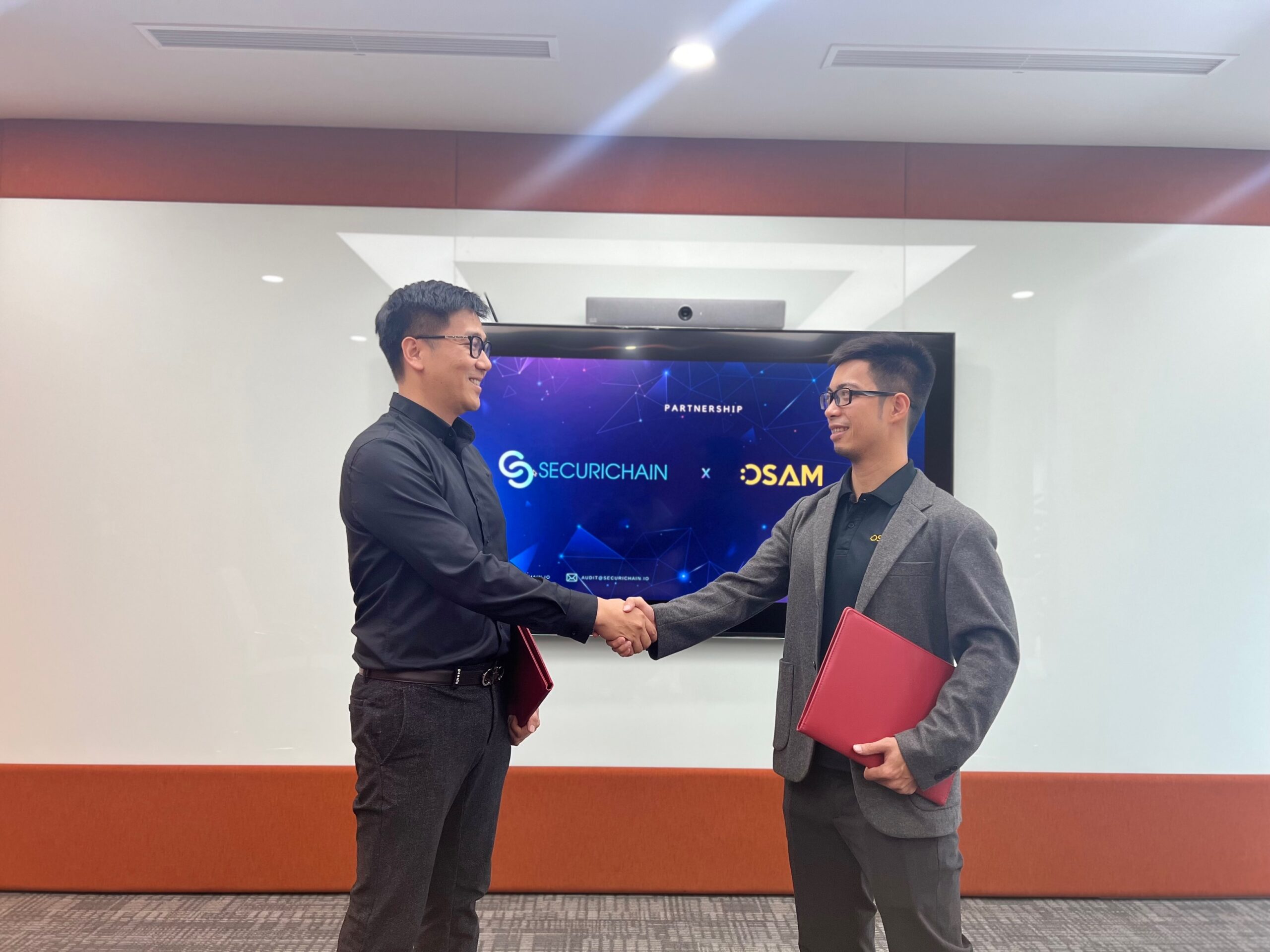